Russia’s Land Barons: The Firms And Families Who Own Most Of Its Farmland

The world’s largest country by territory, Russia ranks third in the world in terms of arable land with 123 million hectares. Here’s a look at the tycoons, offshore firms, and family of a former agriculture minister who own most of it.

Law on the Far Eastern Hectare

The Law on the Far Eastern Hectare, or the Federal Law of May 1, 2016, No. 119 FL, is a law by Russian President Vladimir Putin to give 1 hectare, or 2.5 acres of free land in the Russian Far East to Russian citizens and foreign nationals as long as they live there for five years. The program originally was mostly aimed at Ukrainian Citizens, and came about as a possible method of resettling about 500,000 refugees. According to some observers, more Ukrainians and Belarusians will settle in Siber...

9 Top Assets for Protection Against Inflation

Deflate Inflation With These 9 Assets

Investing in these assets may eventually prove to be good hedges against inflation. 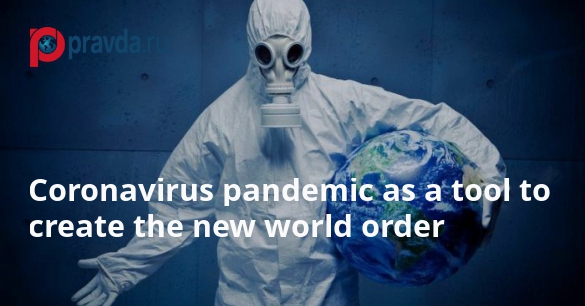 Bill Gates is the biggest owner of US farmland, having amassed 240,000 acres. His influence in the world food systems is astounding. What can we expect he will do with this inconceivable amount of control over the world's food supply? Christian take…

Gates and Rockefeller obstruct the work of justices of the peace in Peru
The Cincha and Pisco Criminal Appeals Chamber in Peru issued an unusual ruling on the reason for the suspension of criminal proceedings in this court.

This happened due to the COVID-19 pandemic, which no one predicted, except for the “global criminal elites.” The latter include billionaires such as Bill Gates, George Soros, Rockefeller and others, "who were involved in (coronavirus) and continue to control it with extreme secrecy, "the judges point out in the ruling posted on lpderecho.pe website.

“No world government, individuals, legal entities or defendant’s defense can claim that this pandemic has the quality of ‘predictability’, except for the creators of the new world order, such as Bill Gates, Soros, Rockefeller, etc.” the verdict said.

Larson, who manages the Gates’ personal portfolio and the holdings of the philanthropic Bill & Melinda Gates Foundation, helped coordinate the land purchases as one way to diversify the couple’s profitable investments away from technology.

In 2017, Gates purchased $520 million in U.S. farmland owned by the Canada Pension Plan Investment Board through its 2013 acquisition of the Agricultural Company of America, a real estate investment trust launched by Duquesne Capital Management and Goldman Sachs in 2007, according to Land Report.

The Bill & Melinda Gates Foundation’s initiatives include Gates Ag One, which focuses on research to help “smallholder farmers adapt to climate change and make food production in low- and middle-income countries more productive, resilient, and sustainable.” The initiative would also seek to spread its sustainable farming methods over as much acreage as possible.

Gates has also invested millions in Impossible Foods, a company whose plant-based meat products are made of soy and potato-protein but look and taste like sausage and ground beef. The products also contain iron and protein amounts comparable to their meat equivalents, but have no cholesterol and are gluten-free.

The foundation has donated millions of dollars in grants to promote sustainable agriculture in South Asia and sub-Saharan Africa, and launched the non-profit Gates Ag One in 2020 to “speed up efforts to provide smallholder farmers in developing countries, many of whom are women, with access to the affordable tools and innovations they need to sustainably improve crop productivity and adapt to the effects of climate change.”

But even with his big new agricultural holdings, Gates still doesn’t rank in the Top 100 private landowners overall in the US, considering owners of land of all types.

The list is topped by Liberty Media’s John Malone, with 2.2 million acres of ranches and forests. Amazon CEO Jeff Bezos makes that list at No. 25 with 420,000 acres.